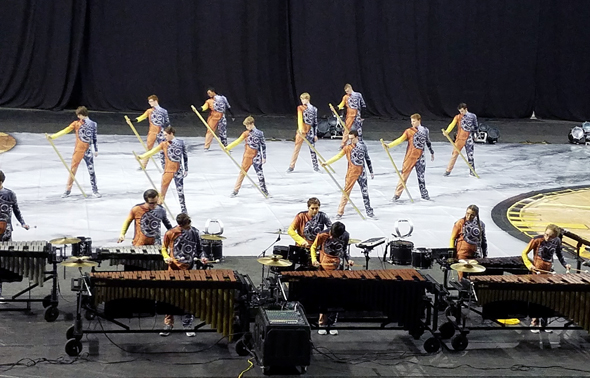 By Heather Shrump | Nov 9, 2017 | 6:08 pm
To all TRWEA Unit Directors & Staffs:
Reminder about our clinic on Sunday, November 19 from 11:00 AM - 3:30 PM on the campus of Moon School District.
The clinic has been structured for all unit types and all classes.
Please plan on attending.
You will also find directions attached!
Here are the bios on the 3 clinicians:

Gary Swenson is a graduate of the University of Minnesota with a B.S. in Apparel Design. He has been the director of Irondale's extensive colorguard programs since 1990. His credits include colorguard instruction not only at many scholastic levels but also with the Blue Stars Drum and Bugle Corps and Minnesota Brass, Inc. Drum and Bugle Corps. He is the Past President of the North Star Color Guard Circuit and is affiliated with WGI. Gary is also involved in adjudication, consulting, and special event choreography both locally and nationally for the pageantry arts. Gary was a one of seven choreographers for the 1992 Super Bowl Halftime. Gary marched with Minnesota Brass, Inc. Drum and Bugle Corps, Minnesota Brass Winter Guard, Crosstown Hwy Winter Guard, and the University of Minnesota Marching Band. Gary works at FamilyMeans, a nonprofit, family service organization in Stillwater, MN.

Jennifer Leseth is a Chicago native with 30-plus years of performance, design and adjudication experience in color-guard, drum corps and band. Her expansive career with instruction and design includes working with numerous bands, color guards and drum corps world-wide. Jennifer travels globally to teach in locations including England, Italy, Canada, Japan, Korea, South Africa and, Thailand.

Rick Subel is the Artistic Coordinator for Carolina Crown and the director and designer of Paramount Winterguard of Atlanta, GA, the WGI Independent World Class colorguard he founded in 2011. He has also been the artistic director of the Georgia State University Colorguard since 2012.

In the DCI world, Rick has most recently designed and choreographed for the Santa Clara Vanguard, where he has spent the last six seasons. Having assisted in a choreographic role in 2013, this is Rick?s second time working with Carolina Crown. He is excited to be back and explore new creative possibilities with the Crown team.

Rick began his life in the pageantry arts in 1992, in the brass section of the Cadets of Bergen County. After graduating from high school, he joined the Emerald Marquis Winterguard in 1995, where he performed for five seasons. He also spent two seasons in the colorguard of the Blue Devils, and one season with the Brass Theatre (Star of Indiana/"Blast").